The Massey Mine Trial’s Discovery Battles Continue, and Why Rule 16 Still S&%ks 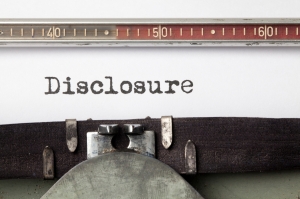 I have previously posted about the upcoming trial of Donald Blankenship, the former CEO of Massey Energy Company. Mr. Blankenship was indicted on several charges, including conspiracy to violate federal mine safety standards, following a fatal explosion at one of the company’s mines. It has been a hard-fought battle, even before the parties make it to trial on July 13 (spoiler alert: trial may be delayed).

Two recent motions by the defense demanding additional discovery from the government offer some insight into the disputes between the parties. They both relate to Brady and they both highlight the problems with criminal discovery under Rule 16.

The Brady Motion, AKA the “Document Dump” Motion

Mr. Blankenship filed a Motion to Compel the Government to Identify in its Production Brady and 16(a)(1) Material. In this motion, he makes a time-honored complaint: the government has purposefully given the defense too much discovery material, imposing an unfair burden to sort through it.

Anyone who has been the subject of a document “dump” by the government (or in a civil case) knows how impossible this situation can be. You have all the documents but there are so many that organizing them into a coherent defense is nearly impossible. In these days of electronic discovery, the document dump is commonplace and frustrating, even when you have the resources to review them.

According to Mr. Blankenship’s brief, the government has provided him with over four million pages of written discovery and over one hundred hours of audio recordings. The documents were produced in a standard-issue document database that could be searched by keyword but not otherwise organized in any way.

Mr. Blankenship argues that this is particularly problematic because of the upcoming July 13 trial date. He contends that his team cannot finish reviewing the discovery until early fall.

The crux of the defense motion is its request that the government not just produce but specifically identify for the defense:

I’ve written before about the difficulty of the criminal discovery rules. Rule 16 is ambiguous and incoherent. It unquestionably creates all sorts of problems for a defendant preparing for a complex white-collar case.

(B) Defendant’s Written or Recorded Statement. Upon a defendant’s request, the government must disclose to the defendant, and make available for inspection, copying, or photographing, all of the following:

(i) any relevant written or recorded statement by the defendant if:

(ii) the portion of any written record containing the substance of any relevant oral statement made before or after arrest if the defendant made the statement in response to interrogation by a person the defendant knew was a government agent; and

(iii) the defendant’s recorded testimony before a grand jury relating to the charged offense.

Ok, that seems fairly clear that if the defense asks for it, the government must disclose Mr. Blankenship’s statements, right? But can the government drop those statements into millions of pages of other discovery and claim to have complied with the rule?

In the government’s view of the world, yes.

Mr. Blankenship also points out that requiring the government to sort through its own records would not be unduly burdensome in that it has a constitutional obligation to review its records to comply with Brady.

In its response, the government states that Brady does not require the government to do defense counsel’s job. The government argues that it provided all 4 million pages of completely disorganized documents to help the defendant.

Well, thank goodness criminal defendants have the government to help them so much.

This argument ignores the obvious solution: the government could identify specific documents that fit into the four requested categories and produce all documents in a searchable form so that the defense can review every document or search for documents in the whole database as well.

Rule 16 does not prohibit this approach (though it does not require it). This approach would certainly be “for the Defendant’s benefit.”

Somehow I doubt the government will take me up on this suggestion. As much as the government is supposed to seek justice rather than wins, it always chooses the path under Rule 16 to make it as difficult as possible for the defendant to understand the specifics of the case against him.

The government points out—correctly—that Rule 16 does not require it to disclose an exhibit list. Of course, many federal courts will require the government to do so—particularly in complex cases. That’s the only way to resolve evidentiary issues before trial and avoid sidebar after sidebar that waste the jury’s time.

The fact that there is no rule requiring the government to provide an exhibit list to the defendant before trial is yet another example of Rule 16’s failings.

The government also asserts that the defense was incorrect in their assertion that the records are disorganized, because they are in a searchable, indexed, digital database. The discovery materials that were provided to the defense are allegedly in the same form that the government uses themselves.

The government also resorts to the time-honored tradition of avoiding its discovery obligations by pointing out that the defendant is either rich or indemnified:

Always wonderful when the largest law firm in the country, that does not bill by the hour, tries to avoid its obligations by saying that the defendant has the resources to handle it.In fact, Mr. Blankenship has been fighting tooth and nail to force his prior company to continue advancing his fees.

Despite his claim that he has entirely too much discovery material, Mr. Blankenship has also filed a Motion to Compel Production of MSHA (Mine Safety and Health Administration) Material.

He argues that officials from the MSHA, as well as others from the Department of Labor, participated in the investigation of Mr. Blankenship, and the government has yet to say what, if anything, it has done to collect information from the MSHA with respect to the current indictment.

Given that this case arises out of an MSHA investigation, and mine safety will be a key issue in the case, there is little doubt that this material is relevant.

Mr. Blankenship requests all of the files of MSHA officials, supervisors, administrators, personnel, and administrators so that they can determine their level of involvement with the investigation and unearth any materials that could be relevant to their case.

In its response, the United States contends that it has already sorted through all of the MSHA materials and given their opponents all of the relevant, Brady materials that they might need in preparation for their trial.

Mr. Blankenship correctly points out that the government has obligations under Rule 16 and not under Brady alone. He asks for an order from the court to require the government to produce this MSHA material and comply with Rule 16.

Given these motions, it appears that both sides may have realized the need for a little more time. The parties filed a joint motion to continue the upcoming trial date.

This is not the first time that Blankenship has made such a request; his first one was denied when the government opposed it.

The parties agree and propose that, in light of all the circumstances, including the scope and volume of documents and witnesses involved in the case, and the shared interest of the parties in avoiding further dispute concerning the trial date, that the ends of justice support continuing the current trial date until October 13, 2015, or as soon thereafter as possible.

Perhaps the government changed its mind about a continuance because it has too much work to do to prepare for trial in July. Or maybe it is because it believes that Mr. Blankenship might prevail on these motions. Stay tuned to find out.

This entry was posted in Discovery/Brady and tagged Blankenship case. Bookmark the permalink.

2 Responses to The Massey Mine Trial’s Discovery Battles Continue, and Why Rule 16 Still S&%ks