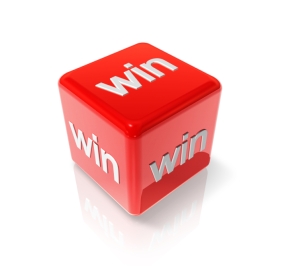 The federal wire fraud statute is incredibly broad. In this era of non-stop email and texts, it’s hard to imagine a white collar case that doesn’t implicate it. For the most part, courts have been reluctant to limit its reach. But a recent decision from the Seventh Circuit did just that.

In Weimert v. United States, the court of appeals held that the wire fraud statute could not be stretched to cover deception involving a party’s negotiating position. As the court itself explained,

This case presents a test of how far the mail and wire fraud statutes reach when the parties negotiate a substantial commercial transaction that involves, as almost all will, the use of mails or interstate wire communications.

The central issue in this case is whether the mail and wire fraud statutes can be stretched to criminalize deception about a party’s negotiating positions, such as a party’s bottom-line reserve price or how important a particular non-price term is. We conclude that they cannot.

During the financial crisis of 2008 and 2009, a Wisconsin bank, AnchorBank, was struggling to stay in business.  David Weimert, a vice president, was tasked with arranging a sale of the bank’s subsidiary’s (IDI) share in a commercial real estate development in Texas called Chandler Creek. Mr. Weimert was also the president of IDI.

Mr. Weimert developed a plan in which he personally benefited from the transaction.

IDI owned 50% of Chandler Creek, and the Burke Real Estate Group owned the other 50%. The Burke Group had a right of first refusal for the property if IDI wanted to sell it.

When Mr. Weimert took the deal to the IDI board for its approval, he told it that the other parties had insisted that he be involved in the deal. The board realized that there was a conflict of interest (with Mr. Weimert as an officer of both the seller and partial buyer). The board—with the advice of outside counsel—waived the conflict and approved the deal to sell to the Burke Group. Mr. Weimert received a fee worth several hundred thousand dollars.

During the deal, Mr. Weimer drafted two documents (later relied on by the government during trial). The first was a “personal note,” in which Weimert falsely wrote that he “had no intention of being involved in the project” and described his involvement as “inadvertent.” The second was an “evolution of the deal” memo, where Weimert again indicated that the buyer “insisted” that he “run [the] investment.”

When the SEC conducted an investigation involving AnchorBank’s use of TARP funds, it looked at the Chandler Creek deal.  The SEC presumably referred the case to DOJ. When the government learned about Mr. Weimert’s misrepresentations to the IDI board and his effort to use Mr. Kalka as a “stalking horse” in the deal, he was charged with wire fraud.

At trial, he was convicted of 5 of the 6 wire fraud charges. He was sentenced to 18 months in prison. He appealed the denial of his motion for judgment of acquittal by the trial court.

What is Wire Fraud?

As the court (Judge Hamilton) explained,

The wire fraud statute [18 U.S.C. § 1343] prohibits schemes to defraud or to obtain money or property by means of “false or fraudulent pretenses, representations, or promises” if interstate wire or electronic communications are used to execute the scheme.  To convict a person under § 1343, the government must prove that he (1) was involved in a scheme to defraud; (2) had an intent to defraud; and (3) used the wires in furtherance of that scheme.

To prove a scheme to defraud, the government must show that Weimert made a material false statement, misrepresentation, or promise, or concealed a material fact.

The court described how broadly the wire fraud statute has been applied in the past:

First, for example, materiality has been defined in broad and general terms as having a tendency to influence or to be capable of influencing the decision. . .

Second, the concept of a misrepresentation is also broad, reaching not only false statements of fact but also misleading half‐truths and knowingly false promises.. .

Third, wire fraud does not require the false statement to be made directly to the victim of the scheme. Deception of someone else can suffice if it carries out the scheme.. . .

Fourth, it is no defense that the intended victim of wire fraud was too trusting and gullible or, on the other hand, was too smart or sophisticated to be taken in by the deception.

Why This Conduct Wasn’t a Crime

In its decision, the court discussed what sort of misrepresentations parties cannot make in commercial negotiations. Parties are not allowed to make material misrepresentations about an asset in order to sell it or “hide behind disclaimers while deliberately understating expected losses in disclosures to investors.”

But what about arms’-length commercial transactions, where both parties are driving a hard bargain and engage in a back-and-forth about the deal? Could the statements made during those negotiations constitute fraud?

The Seventh Circuit concluded that, under the facts here, Mr. Weimert’s conduct was not criminal. His statements may have been “sharp and self-interested but they did not amount to wire fraud.”

First, the court concluded that “[a]ll terms of the transaction, including Weimert’s participation as a buyer, were disclosed to all interested parties.” Because of these disclosures, the “government’s evidence of deception—all of it—addressed not material facts or promises but rather the parties’ negotiating positions, which are not material for the purposes of wire fraud.” (For once, the coverup was not worse than the crime.)

Next, the court explained that negotiating parties do not expect complete candor about negotiating positions as opposed to the materials facts of the deal.  If they did, then anyone who engaged in puffery about the bottom-line price he was willing pay in a transaction could be prosecuted under the statute if he ended up benefiting from his puffery. For example, the fact that Mr. Weimert did not disclose to Mr. Kalka that he was a “stalking horse bidder” was not fraudulent because this “term is often used” in legitimate negotiations.

The court also rejected the government’s contention that Mr. Weimert misled the Burke Group by telling them that Mr. Kalka “would be a terrible partner for the Burkes – thus encouraging the Burkes to make their own offer – but telling them on the other hand that Mr. Kalka would be an attractive partner.” These statements, according to the court of appeals, “did not rise above puffery . . . and cannot reasonably be considered material.”

misled parties who were negotiating a commercial deal only about the negotiating positions—the preferences, values, and priorities—of other parties.

The statements that he made about his “required” involvement in the deal “amounted to no more and no less than a false prediction about how the Burkes would respond to a counteroffer to exclude Weimert’s participation.” As a result, these statements were not material under the statute.

The government tried to argue that Mr. Weimert had breached his fiduciary duties to the board because he had the obligation to be truthful to the board. The court rejected this argument. It said that it would treat the transaction as an arm’s-length one “for the purposes of criminal law.” Citing Seventh Circuit precedent, the court explained that “a breach of fiduciary duty combined with a mailing or wire communication is insufficient alone to establish mail or wire fraud.”

In particular, the court was swayed by the fact that there were no secret kickbacks or undisclosed self-dealings. The board was aware of all of the terms of the deal, and even excused Mr. Weimert from the discussion when it understood the scope of the conflict. The court analogized this situation to one where an executive negotiates his own compensation. Certainly, an executive is not required “to reveal the weaknesses in his own negotiating position as part of his duty of good faith.”

The court’s opinion leaves open the possibility of a civil lawsuit against Mr. Weimert. That’s all this case should have been from the beginning. This looks like a case of prosecutorial overreach—trying to turn a negotiation gone wrong into wire fraud.

Take a moment to consider how close Mr. Weimert came to serving 18 months in prison. He lost in front of the jury. He lost his MJOA before the trial court. He was lucky to get a thoughtful panel who considered the issue on appeal. That’s a little too close for comfort.

This entry was posted in Appeal, Reversal, Wire Fraud. Bookmark the permalink.