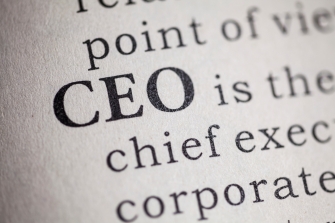 Warren “Ken” Paxton, Jr. is the attorney general of Texas. He’s had some ups and downs this week, to be sure.

On Friday, October 7, 2016, the Eastern District of Texas dismissed all of the securities charges filed by the SEC against him.

On Wednesday, October 12, the Texas Court of Criminal Appeals refused to hear a last-ditch appeal by him to dismiss criminal charges for the same conduct.

(These facts are taken from the decision of the Eastern District of Texas, which in turn relies on the allegations in the SEC’s complaint. Given that they are entirely unproven, take them with a grain of salt.)

In the summer of 2011, Mr. Paxton (then a Texas state representative) began helping a cloud-services company called Servergy find investors. Servergy’s CEO offered him a 10% commission. Mr. Paxton didn’t do all that much—he invited 7 investors to a pitch at Servergy’s office and introduced the CEO to 5 other investors.

Some of the 12 people Mr. Paxton recruited were in an investment group to which he belonged. According to the Eastern District of Texas:

The Claims and Charges Against Mr. Paxton

The SEC filed its complaint in April 2015, alleging that Mr. Paxton had violated Sections 17(a) and 17(b) of the Securities Act and Sections 10(b) and 15(a) of the Exchange Act.

In the summer of 2015, Mr. Paxton was indicted by a Collin Count (Tex.) grand jury of securities fraud and failure to register with the state securities board.

The Dismissal of the SEC’s Charges

The explanation of the dismissal of the SEC’s charges is remarkably straightforward. If you want to read a good example of a court marching through its reasoning step-by-step, this is a good one.

To survive a motion to dismiss, the SEC must allege facts showing (1) there was a misstatement or omission; (2) of material fact; (3) in connection with the purchase of a security; (4) made with scienter.

First, the court held that Mr. Paxton’s statements that Servergy was a “great company” and an “interesting investment opportunity” were “mere puffery,” not misstatements of fact.

Second, his other alleged “misstatements” – that he had met with Servergy management and that the investment would double in price – were not alleged to be false.

Third, even though a fiduciary relationship gives rise to a duty to speak (and therefore an omission could lead to liability), Mr. Paxton’s membership in the investment club did not create a fiduciary relationship. He had no “de facto control and dominance” over the other members. And there were no allegations of “fiduciary-like duties regarding investment recommendations” as opposed to monitoring investments for the group.

Fifth, there is no liability here for a supposed “half-truth.” Under this theory, if a person makes a partial disclosure, then he has an obligation to make a complete disclosure where the partial disclosure would be misleading standing alone. But this theory requires a disclosure on a specific subject—and the SEC did not allege that Mr. Paxton made any disclosures about compensation at all.

Sixth, the claim under Section 17(a) had to be dismissed. Under Section 17(a), a person who circulates a communication about a security must “disclos[e] the receipt, whether past or prospective, of such consideration and the amount thereof.” The problem for the SEC is that even though Mr. Paxton indeed circulated an email promoting the stock, he wasn’t compensated for circulating the email. He was alleged to have been compensated only when someone invested in Servergy.

Eighth, an unrecorded oral communication  (a telephone call to a potential investor) does not give rise to Section 17(b) violation. The case law requires some type of “tangible media” be circulated—not just a conversation.

Ninth, there was no violation of Section 17(b) – for either the phone calls or emails – because there must be a “publicity element” to the communication under the statute. These communications were not public or broadly disseminated.

What Will Happen Next?

The court did give the SEC 15 days to replead its complaint. It remains to be seen whether the Commission can allege sufficient facts in good faith to file the complaint again. I’d guess that he Commission will be fairly cautious about repleading. When you lose once in front of a judge, you better come strong the second time around.

For now, though, it seems as though Mr. Paxton’s criminal charges will head to trial in Texas. I think the arguments over the jury instructions in that case will be the pivotal issue. It doesn’t sound like there’s a lot of dispute over the facts here (maybe there is—I have no inside baseball here), so the law will be the real driver of outcome.

Congrats to Mr. Paxton’s legal team in the civil case and best of luck in the criminal one, too.