Upjohn Warnings from Both Sides of the Table 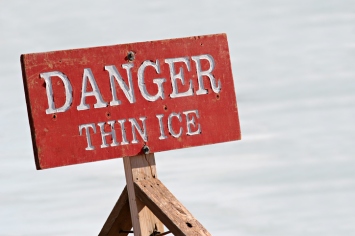 I recently participated on a panel at the excellent NACDL White Collar Defense College with Ellen Brotman, Preston Pugh, Brian Bieber and Cynthia Orr. The College aims to teach lawyers how to handle white-collar cases from start to finish. We were tasked with presenting about the ethics of handling an internal investigation.

As in years past, our discussion about Upjohn warnings led to the most questions and engendered a little controversy. The main issue was whether the company’s lawyers should tell interviewed employees that the company will disclose what the employee says to the government.

But let’s back up to the basics.

What is an Upjohn Warning?

An Upjohn warning is a set of statements made by the lawyer for the company at the start of an interview with an employee. The purpose is to inform the employee about the company lawyer’s role and the privileged nature of the conversation. It ensures that the employee understands who the lawyer is, who she represents and, more important, who she doesn’t represent.

There are generally four parts to the warning:

That’s it. It’s not exactly rocket science, but it’s a critical part of any interview during an investigation.

I usually ask the employee not to talk with others at the company about the conversation either, for two reasons. First, we know that the investigation itself can cause apprehension within the company, and gossiping about the interview with other employees only adds to that anxiety. Second, when we talk with other employees, we want their fresh recollection of what happened, not tainted by other people’s recollections.

It’s critical to document in your interview memo that you gave the Upjohn  warning and that the witness acknowledged receiving it. You should always have a second person at the interview with you so there is a witness to the warning (and all of the employee’s other statements). That second person can also take much better notes than you can if you are asking all of the questions.

Some people give the Upjohn  warning in writing and ask the employee to sign it before starting the interview. That’s the safest route. But I don’t do that because I think it formalizes things too much at the start of the interview. If I’m the company’s lawyer, I want the employee as relaxed as possible – because she is more willing to share information – and throwing a written warning at them doesn’t help create a relaxed environment.

Some of my NACDL co-panelists shared that they give the employee the warning in writing at the end of the interview and ask the employee to sign an acknowledgement of receipt. I like that approach much more because at that point, you already have the information you wanted from the interview, but you also can document the Upjohn warning. (Hey, I sit on panels because I learn stuff too.)

Why Do You Give an Upjohn Warning?

You are dealing with an unrepresented party at this point, so you have to be careful.

The three key takeaways are these:

Controversy over Point 4 in the Upjohn Warning

So, what came up at the NACDL conference?

This is where I’m of two minds about what to do.

I’m often brought into a case to represent an individual after he’s already been interviewed by the company. In many ways, I would have preferred that the company’s lawyers gave a very robust Upjohn warning and told my client that his statements would be disclosed to the government. That may have encouraged my client to have asked to get a lawyer before progressing with the interview. It’s always frustrating to come into a case when your client is locked into an explanation before you’ve had a chance to analyze the facts.

But when I represent the company, it’s an entirely different calculus. My obligation isn’t to protect the employee’s interests. It’s to learn as much unvarnished information as possible, as quickly as possible. An Upjohn warning that deters an employee from talking with me is not helping my client obtain its goals. To be clear, I’m not going to give a watered-down Upjohn warning that violates the rules of ethics. But I am going to give one that won’t discourage an employee from talking with me and telling me what happened.

I plan to stick with the language that what the employee tells me “may” be disclosed to the government. Here are the two problems I have with my colleague’s concerns about our use of the word “may”:

First, if the company truly hasn’t decided to go to the government, then, no, I’m not going tell the employee that it will do so. That’s not true. (I suppose we could find some middle ground and say “very likely” or “most likely” will turn the information over to the government.)  It’s not a bright-line rule that companies tell the government everything they learn during an investigation.

In other situations, the company may have to disclose to the government before the investigation is complete. For example, in an FCPA case where the company is engaged in a government contract, it may have been obligated under the FAR to self-disclose  potentially improper payments. If I’m following up with an employee after that initial disclosure, I will make it clear that we are cooperating actively with the government.

Second, telling the employee that the interview will definitely be turned over to the government could open up the employee to extra criminal liability for obstruction of justice. This would be a very aggressive move for a prosecutor, but there’s a little bit of precedent.

In 2004, two high-ranking executives of Computer Associates were indicted for obstruction of justice based on statements they made to the company’s private law firm during an investigation into accounting fraud. The theory of liability was that the executives knew the statements would be turned over to the government and intended that their misstatements to the law firm would mislead and obstruct the government.

I’ll be the first to say it: this prosecution was complete bullshit. It’s gratifying that the theory hasn’t been widely adopted by DOJ. But the theory did survive a motion to dismiss and the defendants ultimately pleaded guilty to conspiracy to obstruct justice. So, that makes it a problem. An Upjohn warning that tells the employee that the statements will definitely be turned over will help the government make out an obstruction charge.

I never like to help the government do anything. No matter what side of the table I’m sitting on.