Hell Hath No Fury Like a Misled Judge: The Aaron Schock Case 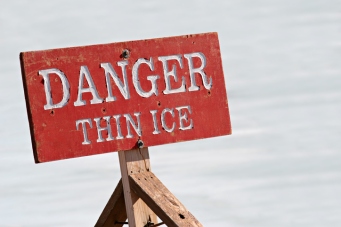 Elected officials under government investigation try to avoid indictment like any other white-collar client. They know that if charged with a crime, it will be nearly impossible to win re-election.

Once indicted, though, they fight back, and fight back hard. There’s nothing to lose at that point.

An elected official loves his reputation as someone who will “fight for you in Washington.” And the Department of Justice loves to take down a public official.

The criminal case against former Representative Aaron Schock is no exception to this narrative.

He was charged in November 2016 with wire and mail fraud for misusing public funds, along with false statements. The indictment includes such *really troubling* allegations like false mileage reimbursement and using official money for personal uses such as buying camera equipment, sports tickets (Da Bears), cars and so forth. He also apparently spent too much money remodeling his office.

It’s a ticky-tack public corruption case for DOJ. If I were reading the tea leaves, I’d guess that this bus was driven by the USAO alone. Main Justice appears nowhere on the pleadings.

The docket makes clear that this has been a pitched battle on both sides. Most recently, the court entered an order explaining that the government has

admitted that a previous claim made by Assistant United States Attorney Timothy Bass was misleading, if not simply false.

The court ordered the government

to review all claims and statements made in its current filings to ensure that there are no more false or misleading claims.

How did we get here?

In March 2017, Mr. Schock filed a motion for discovery, seeking disclosure of any transcripts showing what the government said about Mr. Schock’s non-appearance before the grand jury. Mr. Schock attached a one-page handwritten affidavit from a witness who reported a discussion with a grand juror in the case.

According to the affidavit, the grand juror told the witness that “Aaron Schock and his attorney were requested to appear and that no one had shown up.”

The government denied any such statements had been made in a pleading filed by AUSA Timothy Bass. In fact, the response said that the prosecutor “unequivocally submits to this Court that this allegation is false. It did not happen.”

The court denied the motion, relying in part on this statement.

Mr. Schock asked that the indictment be dismissed. He also requested that the court permit him to take discovery from the grand juror who had reported the government’s comments.

On September 1, 2017, the government responded to the defense motion to dismiss. This pleading was signed not by Mr. Bass but by Acting United States Attorney Patrick Hansen alone.

The prosecutor explained that after receiving the motion to dismiss

the government ordered the grand jury minutes for both the first and second grand juries to be sure that there was no statement, without something more, that “no one had shown up.”

After this review, the government “supplements and clarifies its response herewith” and cites the Illinois Rule of Professional Conduct 3.3 (the obligation of candor towards the tribunal).

As we describe in greater detail immediately below, on eleven occasions—seven times before the first grand jury and four times before the second grand jury— government counsel commented on or addressed Mr. Schock’s testifying or decision not to testify before the grand jury, typically in response to inquiries by the one or more grand jurors.2 See Text Order, Mar. 27, 2017 (stating parties may attach, quote from, and/or reference in public filings matters occurring before the grand jury “if the matters are necessary and relevant to a motion or response”).

The government argued that when the topic arose, the prosecutors explained to the grand jury that it should not make an adverse inference against Mr. Schock’s failure to appear. It also argued that the comments did not “substantially influence” the grand jury’s decision to indict.

Not surprisingly, Mr. Schock had a slightly different take on the import of the government’s statements to the grand jury. In his reply, he contended:

The government’s response to the Motion to Dismiss makes two things very clear.

First, the government has made affirmative, material misrepresentations to this Court regarding what occurred before the grand jury. Despite the government’s prior “unequivocal[“] and categorical denials, it now admits, citing its ethical obligations of candor to the court, that it discussed Mr. Schock’s non-appearance before the two grand juries on eleven separate occasions. The government has affirmatively misled the Court and prejudiced Mr. Schock’s defense.

The motion describes the comments made by the prosecutor and argues that they were, in fact, negative comments on Mr. Schock’s non-appearance before the grand jury–not neutral ones.

Mr. Schock then asked for dismissal and for an evidentiary hearing on the government’s misleading statements. He also asked for the grand jury transcript to prepare for that hearing.

The Court Is Not Happy

It explained that there had been a “recent revelation” by the government that its prior statements were “misleading, if not simply false.” That revelation

put[] this court in a somewhat difficult position as it is now aware that it was misled by the Government.

The court was understandably unhappy because it had “relied upon, and even quoted, the Government’s inaccurate statement, which it now knows to be false” when it denied the previous motion.

Going forward, the court wanted to make sure that it did not “rely on any inaccurate information in any future orders.”

The court therefore ordered the government

to review all claims and statements made in its current filings to ensure that there are no more false or misleading claims. After its review, and within fourteen (14) days of this order, the Government must file a memorandum with this court detailing any further misrepresentations or misleading statements made by the Government. If there are none, the memorandum should state that fact.

Perhaps most telling, the court ordered that the memorandum be filed by the Acting United States Attorney himself. The court is holding his feet to the fire for the actions of the line prosecutor.

The court also dropped an interesting footnote in its two-page order. After noting that the government should ensure that there are no misleading claims in any previous briefing, the footnote stated:

As an example, the Government has claimed numerous times (including in a Response (#127) to a pending motion) that the Department of Justice authorized the charges in this case. The court wonders if such authorization was made with full knowledge of the occurrences before the Grand Jury as set forth by the Government in its recent filing. If not, the statement may be misleading.

That footnote creates issues for the government. It’s impossible to believe that the line prosecutor informed Main Justice of what he had said to the grand jury about Mr. Schock’s non-appearance before he sought authorization of the charges. Now the Acting United States Attorney must explain why not. I could imagine that Main Justice will need to weigh in on this point and determine whether it was misled.

That could lead Main Justice to force dismissal of the charges to avoid answering that question.

I’ve only had one large white-collar case where it was clear that Main Justice had no involvement in the charges and that the local U.S. Attorney’s Office had pushed forward anyway. It didn’t take the jury more than a few hours of deliberation to acquit my client of all charges in that case.

When Main Justice doesn’t take the lead in a big white-collar case, there’s often a good reason why.