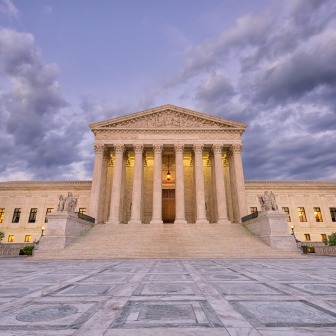 Yesterday, the Supreme Court decided Lucia v. SEC, holding that the Securities and Exchange Commission’s five-member commission must appoint the agency’s Administrative Law Judges (“ALJs”), as these in-house judges are “inferior officers” under the Constitution’s appointments clause. Justice Kagan wrote for a divided court that agency staff may not appoint ALJs, reserving that power to department heads, courts or to the president. (For those keeping score, Justices Ginsburg and Sotomayor dissented, while Justice Breyer concurred in part and dissented in part.)

As recently as 2016, the Commission had been waging a winning battle against financial advisor Raymond Lucia in the D.C. Circuit Court of Appeals, with the legal community watching closely. The Commission, represented by its trial attorneys and the Department of Justice’s appellate attorneys, had fought on behalf of itself and other federal agencies that similarly appointed and utilized ALJs. Many feared an administrative domino effect would result if the Commission’s ALJs were found unconstitutional. So what happened?

First, in late 2016, the Tenth Circuit’s Bandimere v. SEC opinion concluded that the SEC’s ALJs were appointed in violation of the Appointments. Next, the change in administration and appointments of a new Attorney General and Chairman of the SEC, resulted in a different view of executive delegated authority. Lucia proceeded to the Supreme Court in late 2017, now with Lucia, the SEC and DOJ all on the same side: against the SEC’s previous ALJ appointment practice. The Supreme Court had to appoint counsel for the D.C. Circuit’s orphaned en banc opinion – Anton Metlitsky of O’Melveny& Myers – who “ably discharged his responsibilities,” in a losing effort.

The consequences of Lucia v. SEC will not be fully realized for some time, but it is safe to say that not much will change.

The SEC Prepared for this Eventuality

In November 2017, immediately after the SEC submitted its opening Supreme Court brief in Lucia, the Commission, “in its capacity as head of a department,” issued an order:

Thus, since mid-February, the SEC ALJs have been conducting business as usual. Of the 100-plus remands for reconsideration, only one initial decision was revised (narrowing of the scope of a cease-and-desist order).

Unless and until certain provisions of Dodd-Frank are modified or repealed, the SEC ALJ’s jurisdiction to resolve certain securities laws violations remains intact. The AP’s utility and efficiency are vital to Enforcement Division’s work and the AP continues to be the preferred method of the Staff to bring settled actions where an investigated entity cooperates or agrees to penalties (typically without admitting or denying the SEC’s findings).

For individuals and entities currently under investigation (or contemplating violating securities laws), the SEC Chair and the Co-Directors of the Enforcement Division are your oracles regarding enforcement priorities. Pronouncements on the Commission’s pullback on “broken windows” enforcement, focus on individual liability as a deterrent, and commitment to FCPA enforcement offer more practical guidance for entities and counsel than yesterday’s decision. Similarly, last year’s Kokesh v. SEC Supreme Court decision, subjecting the Commission’s disgorgement remedy to a five-year statute of limitations, will have more of an impact on SEC enforcement than Lucia.

In sum, Lucia offers cold comfort for those currently doing battle with the SEC.

Notably, Lucia does not contain limitations on how narrowly it may be construed as to other federal agencies; thus, the possibility exists that the decision may be extended to invalidate other ALJ appointments.

Fearing such a result, the Department of Labor preemptively ratified the appointments of 40 ALJs in January 2018.

Whether or not other agencies have similar problems will be case-specific. Prior to Lucia, the two competing legal precedents, Landry v. FDIC and Freytag v. Commissioner (IRS), distinguished employees from officers based on the “finality of the[ir] decisions.” Landry, 204 F.3d 1125, 1133 (D.C. Cir. 2000). In Lucia, the Supreme Court drew heavily on Freytag; however, other agencies may hew away from the SEC’s utilization of their ALJs.

Raymond Lucia Gets a New Hearing

Mr. Lucia’s troubles aren’t over. His civil penalty and lifetime bar have been thrown out but the SEC can still press its charges against him in its home court.

The Supreme Court remanded his matter for another hearing, this time with a constitutionally appointed – not merely “ratified” – ALJ or the Commission itself. Curiously, the Lucia opinion noted the SEC’s intervening ratification of its ALJs and Lucia’s continuing challenge to whether this cured the unconstitutionality, but saw “no reason to address [the] issue.” Lucia opinion, n.6. The Court seemed content to note that “[t]he Commission has not suggested that it intends to assign Lucia’s case on remand to an ALJ whose claim to authority rests on the ratification order.” Id. (also requiring that the remanded hearing could not be assigned to the original ALJ).

The handful of other appellants who made “timely challenge[s]” to the unconstitutionality of the ALJs presiding over their cases may also seek the remedy of a fresh hearing with a constitutionally appointed ALJ.

The Supreme Court was silent on whether other entities and individuals whose cases had been decided by unconstitutionally appointed ALJs in the past, but who did not make a timely challenge, would now be able to see relief. The question of Lucia’s retroactivity will have to be raised by another litigant.

And the Real Winner is Robert Mueller?! Maybe.

During briefing and oral arguments, Solicitor General Noel Francisco took the opportunity to argue an issue that was not presented by Appellant Lucia, nor granted certiorari by the Supreme Court: executive removal power. Francisco’s bonus argument focused on the removability of inferior officers such as ALJs for “failure to perform adequately or to follow agency policies, procedures, or instructions.” Observers noted that this position suggested that the president would be entitled to remove officers at will, or at least for the transgression of failing “to follow agency . . . instructions.” Brief for Respondent Supporting Petitioners at 50, here. The broader implication was that the DOJ and the president were looking for the Supreme Court’s opinion – albeit in a roundabout way – on just what protections against termination an “officer” like Special Counsel Robert Mueller may be afforded.[1]

However, this was all for naught, as the majority once again declined to consider the issue. In conclusion, Mueller is safe… for now.

[1] The Atlantic summarizes this issue and its Federalist Society underpinnings far better than I could.