In Your Client’s Words – Speaking at Sentencing 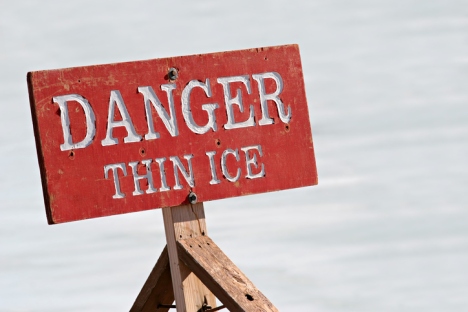 “Each of us is more than the worst thing we’ve ever done.”

The fundamental truth of Mr. Stevenson’s quote is tested every time a defendant is sentenced after conviction.

That statement is so important. And so damn scary.

Before we get to why it’s so scary, you need to understand the basics of how the federal sentencing process works. In the movies, the defendant is found guilty and then the judge issues a sentence from the bench right away.

That’s not how it works.

First, the government obtains a conviction, either through a plea deal or a guilty verdict at trial. No conviction, no sentence. Most cases—around 95-97%—end in a plea deal.

Once the conviction is entered, the sentencing process begins.

The district’s probation office conducts a presentence investigation, interviewing the defendant and family members and obtaining documents such as school transcripts, financial records, criminal history and health records. The probation office writes a lengthy report that not only calculates the sentencing guidelines, but also describes the defendant’s family history, any mental health or addiction problems, financial status and so forth.

The presentence report (or PSR) is filed under seal and given to both the government and the defense for review. Either side can file objections to the report, which are resolved at the sentencing hearing.

Sentencing memos take different approaches, depending on the case.

Sometimes, we focus on the legal issues surrounding various enhancements to the sentencing guideline calculation. If there’s a dispute about the calculation of loss amount for a white-collar case, then the sentencing memo will spend considerable time laying out our position on that issue, citing case law, evidence or anything else to support our position.

Sometimes—particularly when there’s a plea agreement that proscribes the guidelines calculation—the sentencing memo focuses on the background and qualities of the defendant. For example, it may talk about his good works in the past or health issues or family obligations that would make a long prison sentence a hardship on others.

It can also be helpful to create a sentencing video in the right circumstances.

The court reviews the PSR and the two sentencing memos before the sentencing hearing.

This is the big day.

It’s a nerve-wracking day. A white-collar criminal case usually lasts a while. Years, even. And during that time, my client has been wondering if he’ll go to prison and for how long. I’ve had clients who are relieved the day of sentencing has finally arrived because the anticipation has been killing them.

At the hearing, the judge will hear argument about the objections to the PSR. In a complex sentencing, there may be expert witnesses or others who testify (though this is rare). The prosecution will first present its position on sentencing and argue for the sentence it proposes in the memo.

The victims of the crime may give statements in court, describing its effect on them. This is the most difficult part of the hearing. They may also choose to submit written statements.

Next is the defense presentation. Usually, the defense lawyer will give some sort of statement or argument, justifying the lower sentence in the defense sentencing memo. This may last five minutes or an hour, depending on the complexity of the issues and whether the judge has any questions.

Family members or friends may speak on the defendant’s behalf, to show the judge what he is like as a person–outside of the courtroom.

As the defense lawyer, this is a scary time. My client is standing before the judge about to say something. The rules of evidence don’t apply. Some clients feel strongly about the fairness of the judicial system or the judge or the prosecutor or, even, the victims.

Some of my client’s don’t realize how important their statement is. They also may not realize all the ways their own words can hurt them. I’ve always had a sense that most judges come into a sentencing with a basic idea of the sentence. If my client’s statement can shift that sentence by 6 months or more,  then that’s proof enough that I need to work hard to get him ready to give a good statement. Six months off from a 10 year sentence may not seem like much right now. But I can guarantee that it would seem like a lot at the end of the sentence.

I tell my clients to write down what they want to say ahead of time. At a minimum, they need notes. It’s too important and too frightening of a moment to leave this statement to chance. Standing up in court is second nature when  you do it all the time; it’s not so straightforward when it is your first time and you feel as though your future is riding on it.

In a perfect world, I read my client’s draft statement ahead of time and give feedback. That way, we can avoid any serious pitfalls. You don’t get a do-over for what you say at sentencing.

Some of my clients resist that review. They want to keep it real, I guess. That’s a bad idea. What they need to do is make sure that they are presented in the best light possible, even where their crimes are terrible.

Here are a few things that really shouldn’t be said:

It’s not all bad news. There are a few themes that are helpful for your client’s statement at sentencing:

If you decide with your client that he’ll be a total train-wreck at sentencing for one reason or another, he can certainly forgo the opportunity to speak. Or he can submit only a written statement to the judge. But that is only a last-ditch and extreme position. In most white-collar criminal cases, a defendant can give a coherent statement and hold it together long enough. I would also worry that my client would forever regret not taking the opportunity to plead his own case.

Your client’s statement can make a difference at sentencing.

For good or for bad.

It’s your job as the lawyer to guide them in the right direction.