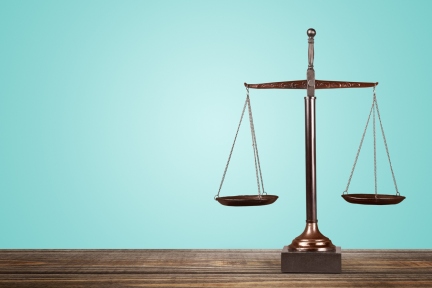 During a criminal investigation, the government has nearly unlimited powers to gather evidence against a defendant. It can use grand jury subpoenas—usually with no court oversight unless the recipient objects—for documents or to compel testimony of any witness.

It can use its agents to interview witnesses voluntarily, knowing that most people will feel obligated to talk to a federal agent who asks to speak to them.

The government issues extremely broad grand jury subpoenas. It doesn’t expect that everything that will be produced in response will be admissible, or even necessarily used in the case. The purpose is to investigate what happened.

You would think that a defendant would have the same power to gather evidence and investigate defenses to criminal charges after an indictment.

In theory, Federal Criminal Rule 17(c) permits a defendant to issue a subpoena to any third party for documents. In practice, though, the courts have drastically limited defendants’ use of 17(c) subpoenas by imposing a strict standard for what can be requested.

Let’s start by looking at the rule itself. Here’s what it says:

(1) In General. A subpoena may order the witness to produce any books, papers, documents, data, or other objects the subpoena designates. The court may direct the witness to produce the designated items in court before trial or before they are to be offered in evidence. When the items arrive, the court may permit the parties and their attorneys to inspect all or part of them.

(2) Quashing or Modifying the Subpoena. On motion made promptly, the court may quash or modify the subpoena if compliance would be unreasonable or oppressive.

(3) Subpoena for Personal or Confidential Information About a Victim. After a complaint, indictment, or information is filed, a subpoena requiring the production of personal or confidential information about a victim may be served on a third party only by court order. Before entering the order and unless there are exceptional circumstances, the court must require giving notice to the victim so that the victim can move to quash or modify the subpoena or otherwise object.

First, the language of the rule broadly permits a party to issue a subpoena to “order the witness” to produce documents described in the subpoena.

Second, however, it states that the “court may direct the witness to produce the designated items in court before trial or before they are to be offered in evidence.” This language has been used to limit a defendant’s right to issue subpoenas since it appears to require the court’s involvement before a third party may be ordered to disclose documents.

According to the Supreme Court, Rule 17(c) is “not intended to provide a means of discovery for criminal cases,” but was meant “to expedite the trial by providing a time and place before trial for the inspection of subpoenaed materials.” United States v. Nixon, 418 U.S. 683, 698–99 (1974)

(Rule 16 has its own set of limitations for defendants. We’ll do some posts on that rule later.)

The biggest limitation imposed on defendants trying to use Rule 17(c) to gather evidence to support a defense is that it may only be used to seek evidence that can actually be used at trial.

The Supreme Court in Nixon set forth a three-part test that a defendant must satisfy to compel production of documents under Rule 17(c):

If the subpoena doesn’t meet all three requirements, then it is “unreasonable and oppressive” and will be quashed or modified.

Relevancy is a fairly low bar and the defendant need only show that the evidence sought would meet Federal Rule of Evidence 401, that the documents “have any tendency to make the existence of any fact that is of consequence to the determination of the action more probable or less probable than it would be without the evidence.”

Admissibility is likewise governed by the rules of evidence. It can be a challenge at the pre-trial stage to determine if something is admissible, but if a document is arguably admissible under the Rules of Evidence, the Nixon “evidentiary” requirement is likely satisfied.

That leaves us with specificity. Here’s the rub, so to speak. It can truly be a challenge in a white-collar criminal case to make a specific request for documents. The catchphrase is “fishing expedition.” The court will not permit a defendant to request broad categories of documents that it considers a “fishing expedition.” It’s not enough to hope or expect that the third party has relevant documents. Basically, the defendant must know that the document or documents exist and describe them specifically.

The courts explain that a Rule 17(c) subpoena is to obtain documents to use as evidence at trial, not to engage in discovery.

Why the Test Is Unfair in Practice

A concrete example will show you exactly how onerous this test is. Let’s say you are defending a corporate CFO in an accounting fraud case. The government has to prove that your client signed the quarterly financial statements knowing that the revenue number was overstated. The government produced all of the audit work papers to you under Rule 16, but there are no emails between your client and the outside auditor.

But your client can’t remember when exactly this email communication happened or who sent it. It’s a Fortune 1000 company and there were dozens of members of the audit team over the years.

If you ask the court to permit you to issue a Rule 17(c) subpoena to the audit firm for “all communications between any member of the audit team and the CFO between 2012 and 2016” and “all internal communications among audit team members related to questions raised by the CFO,” the court will likely conclude that this is not specific enough and that it is merely a “fishing expedition.” After all, the production could result in the production of hundreds or thousands of documents.

(Meanwhile, the government’s grand jury subpoena to the same audit firm likely asked for “all work papers related to the audit,” but went unchallenged by the nervous outside auditor, who meekly complied to avoid being investigated by the government.)

Think about that: The key email, showing that your client had no intent to defraud anyone, may exist on the auditor’s email server. But because you cannot describe it with any specificity, you cannot request it. If the government did not obtain it during its investigation, then it has no obligation to produce it to you under Rule 16. And no way will the audit firm produce it voluntarily since it is nervous the government would see that voluntary cooperation with the defense as somehow wrong.

Of course, you could give as much information in the motion as possible, describing the email with as much detail as you can. But then the auditor would object that the subpoena was burdensome or “oppressive” since it would require the auditor to engage in a substantial amount of work to find that needle in a haystack.

What’s a Defendant to Do?

Rule #1: Hope you draw a judge who understands that a defendant needs Rule 17(c) subpoenas to develop a defense.

But beyond that, there is some strategy you can use. You’ll just have to wait to hear what it is.

The next post in this series will describe the process by which most federal courts require a defendant to request Rule 17(c) subpoenas and some practical tips on how to convince a judge to issue subpoenas without the government necessarily finding out every detail of your hoped-for defense before trial.